Arolat will receive his Honorary Fellowship and medal during the Investiture Ceremony which will take place on Friday, June 7 at the Smith Center for the Performing Arts in Las Vegas.

American Institute of Architects was founded in 1857 and has more than 94,000 members now. The AIA has a long history of requiring that its members adhere to the highest ethical standards. The Institute advocates for the value of architecture and gives architects the resources they need to do their best work.

Mecidiyekoy Towers, Istanbul, Turkey is one of 536 shortlisted entries across 81 countries:

We are delighted to announce that a major project we have been working on for the past year is about to come to fruition: the publication of EAA Emre Arolat Architects – Context and Plurality in New York and London by Rizzoli, part of the Random House Group.

It has been edited by the distinguished architectural writers Suha Ozkan and Philip Jodidio and will be released in the beginning of October all over the world.

This will be the first monograph on a Turkish architectural practice by an international publisher with world distribution. We believe that this book is an important first step to help to raise awareness of Turkish contemporary architecture and recent projects by EAA Emre Arolat Architects in particular.

To share our excitement with all, we have planned two events according to the release dates of the book in US and in Europe. Instead of gatherings only for celebrating, we aimed to mark the book’s publication, with contributions from major architectural critics and historians:

The first event will be on Thursday October 17th 2013 at New York Chapter of the American Institute of Architects’ Center for Architecture and Kenneth Frampton will lecture at the event from 6.00pm.

The following event will be held at the Royal Institute of British Architects in London on Thursday October 31st 2013 and Charles Jencks will lecture at the event from 6.00pm. 12 Apr 2013Yalikavak Marina, Mugla, south west Turkeyphoto : Cemal EmdenYalikavak MarinaThe project for the extension of the existing marina complex for the use of middle-upper class in Yalikavak has the burden of welcoming a big investment in this area that will also bring its own facilities. 4 Oct 2012Çubuklu Vadi Residences, Istanbul, north west TurkeyDesign: EAA-Emre Arolat Architectspicture from architectsBuilding by EAA-Emre Arolat ArchitectsThe main inputs in the design of this project for a suburban residence and hotel complex to be built on a 1.5 million-m2 area were contextual features such as the unusual slope of the lot, the dense vegetation, and the view toward the north, as well as the effects of architectural languages regarding imagery which to a great extent have been exhausted in settlement projects previously carried out in the vicinity, plus the client’s expectations which had been molded by these languages. 28 Aug 2012Raif Dinckok Cultural Center, Yalova, TurkeyEAA-Emre Arolat Architectspicture Courtesy of Emre Arolat ArchitectsRaif Dinckok Cultural CenterIt is possible to say that cities are made out of different contextual layers which time by time come near each other or on top of each other, even intertwine at times and ground their specific existing states. In the Yalova example peculiar to this city, oppositions between the main layers stand out. One face of Yalova is its natural side. Macka Hotel, Istanbul, Turkeyimage from architects firmMacka HotelFormation of the urban fabric in Nisantasi-Tesvikiye district shares similar motivations with European cities that were developed at the same period. In the beginning of 20th century, the urban movements towards cities resulted in the need for high quality urban residences for the urban bourgeoisie. 15 Feb 2012Göktürk Arketip Housing, Istanbul, Turkeyphoto from architectsGöktürk Arketip HousingA linear plan, composed of a shared main entry, service and wet areas inside flats, hallways, main areas, and terraces, is placed on a regular structure, and is repeated at each different flat type, making maximum use of natural light.

Cendere Valley Urban Design Project focuses on the Kağıthane Cendere Valley region where pressure of urban transformation is heavily felt. This region which was used as an agricultural field during Ottoman period and occupied with large numbers of industrial plants, with the industrialization move during the Early Republican period and especially after 50’s, stands at the threshold of an essential urban transformation with the pressure of the up-rising service sector and Büyükdere Street close by. Cendere Valley Urban Design Project, presents a model of green public space where the existing ecological corridor of the valley is protected and different functions are combined together and opened to the public use, while averting functional zoning and urban segregation. As an opponent stance to the high construction regions offered for the Project, a construction which creates a low but sufficient density to create an “urban” situation is suggested. This construction combines low storey buildings and high blocks which are placed conveniently not to block the air corridor in between.

Emre Arolat who has won the Agha Khan Award for Architecture in 2010, was also commended in two categories in MIPIM AR Future Awards 2011 with “Varyap Merkez Retail and Cultural Center” and “Zorlu Center” projects.

7800 Çesme Residences & Hotel Building, Turkey2009EAA-Emre Arolat Architectsimage from architect7800 Çesme TurkeyÇesme has reached a multiply increasing summer population with touristy motivation of the last decade. This unpredictable growth, like all lately explored villages of Mediterranean and Aegean region, makes an inevitable transformation both sociologically and physically in Çesme.

Sancaklar Mosque, Istanbul, Turkey2012-EAA-Emre Arolat Architectsimage from architectsSancaklar Mosque – 10 Jan 2012Sancaklar Mosque located in Buyuk Cekmece, a suburban neighborhood in the outskirts of Istanbul, aims to address the fundamental issues of designing a mosque by distancing itself from the current architectural discussions based on form and focusing solely on the essence of religious space.

Santral Istanbul Contemporary Art Museum, Istanbul2007EAA-Emre Arolat Architects / Nevzat Sayn (NSMH)image from architectSantral Istanbul Contemporary Art Museum BuildingThe first power plant of the Ottoman Empire was built at the point where the Golden Horn ends. Its construction began in 1910 and the plant was in operation until 1984.Construction continued until the last boiler room was built in 1957. After the power plant’s operation was terminated in 1984, it was left to its fate. In 2004, it was taken up by Istanbul Bilgi University as a social responsibility project.

Architect office based in Istanbul, Turkey

Founded in 2004, the renowned practice also has studios in Istanbul and London. 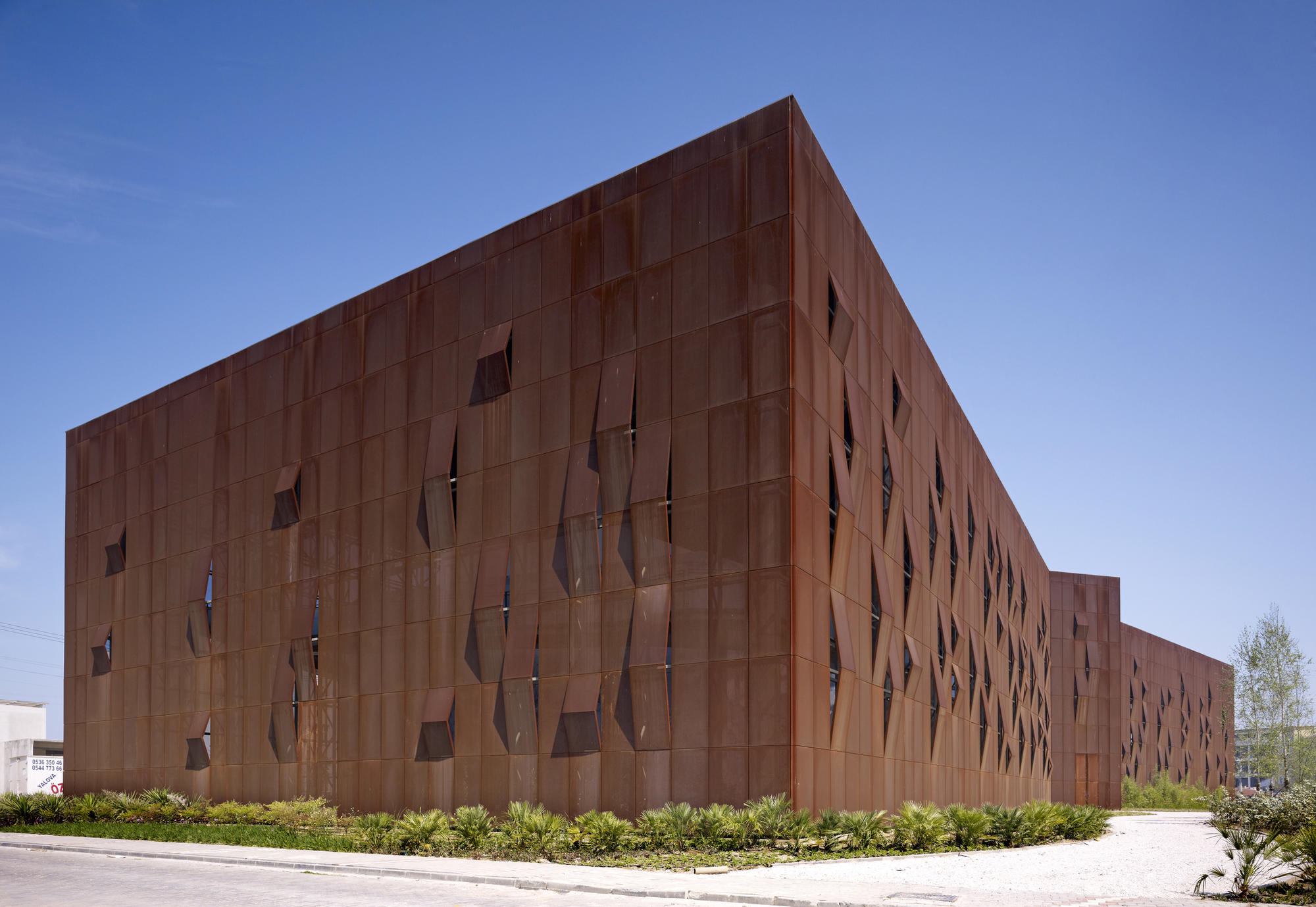 Yesterday, Istanbul and London–based practice EAA-Emre Arolat Architecture announced the opening of a new studio location in New York City. “New York City is the center of business, commerce, and design, and we look forward to increasing the firm’s U.S. presence through this new studio,” said co-founder Emre Arolat in a press release. “We are thrilled to be in this exciting market and to continue to grow our work.”

Founded in 2004 by Emre Arolat and Gonca Pasolar in Istanbul, the firm was awarded the Aga Khan Award for Architecture in 2010 for its Ipekyol Textile Factory in Edirne, Turkey. It also received a high commendation for the 2015 Mies Van der Rohe Award for its Sancaklar Mosque in Istanbul.

EAA’s new office will be located at 199 Lafayette Street.